Science is regarded as one of the most significant cognitive enterprises of our times and the interface of science with society is becoming increasingly complex. The campus recently hosted an event titled "Science, Society and NCBS", aimed at exploring ways in which the practice of science relates to larger questions of society. The event took place on 13th January 2017 and included speakers from an array of disciplines, each exploring the relationship of science to society in their own unique way.  The event also marked the twenty-fifth Year of the founding of NCBS.

The event began with a message from Prof. VijayRaghavan, read out by Prof. Satyajit Mayor, which was a call to action for scientists to find ways to increase the interface with society. He encouraged a broader vision that would expand the view of science as an encounter that seeks to understand and explain the natural world; to one that seeks to engage with the encounter between the biological and cultural evolution, which made human life a key determinant in the health of the planet. "Some committed scientists will need to enter the domains of policy, process and implementation of the interventions identified by science to fully demonstrate the value of science.", opined Prof VijayRaghavan.

The next speaker at the event was Dr. Annamma Spudich, who spoke about her work with the “Seeds of Culture” exhibition at NCBS, which was inaugurated during the event. Dr Spudich has spent more than a decade studying European texts from the colonial period and earlier, to gather material on the knowledge of medicinal plants and botanical products of the Indies. The exhibition is focused on the pivotal role played by Indian botanical-medical knowledge systems in shaping the history, geography and study of natural sciences and medicine in the pre-modern world. . This exhibition also highlights books that are invaluable resources of the many vanished regional medicines and therapies of India, not found in Indian classical medical texts. Dr Spudich demonstrated, through the exhibition and her presentation, that healing plants and their curative properties were well known to physicians and healers from all levels of Indian society, since ancient times. The exhibition also addresses a larger question about what science is, beyond its methodological definition. “Science, as we know it in the 21st century is perceived to be primarily a ‘western knowledge tradition’. Is science is an activity performed only in laboratories? Hidden in European texts from the colonial period and encoded in the practices and stories of the regional folk healers of India, might be a treasure house of knowledge on single medicinal plants that can be studied with modern biological tools.", said Dr Spudich.

The next speaker at the event was Dr. Indira Chowdhury, who set up the archives at the Tata Institute of Fundamental Research, of which NCBS is a part. Her recent work on how the legacies of institutions perpetuate themselves, gives us interesting insights into how flourishing intellectual traditions could be nurtured.   Dr Chowdhury spoke about the setting up of the TIFR by Homi Bhabha, under conditions that encouraged a milieu of great interaction with scientists, artists, international networks and a large cosmopolitan community. "TIFR’s campus and the art work from the Progressive Artists Group shows that the exploration of multiple ideas of modernity went into the formation of a larger institutional culture.  This openness was perhaps what is still reflected in the openness seen within the NCBS campus to artists and scholars from across academic disciplines.", said Dr Chowdhury.

Fundamental questions about science and society, however, always seem to distil down to how science, its methods and findings can alleviate the pressing issues faced by the vulnerable.  Prof. Vikram Patel addressed an issue of utmost importance to the nation’s future.  He called for an integration of scientific disciplines to recover from the problem of ‘lost childhoods’ and for harnessing the potential of science to explain, assess and intervene in this crisis.  India has the largest population of people under 35 years of age; the world could look to us for intellectual and economic impetus. Given that brain plasticity is significantly affected by the environment during early childhood, interventions during this phase are critical if we are to improve school readiness in children. A combination of neuroscience (non-invasive brain imaging) and assessment tools could be used to achieve significant impact in detecting cognitive deficits in children. “Interdisciplinary science can help explain the effects of social determinants on neurodevelopment, assess deviant trajectories through non invasive monitoring and intervene at a population level.”  said Prof Patel.

In keeping with spirit of the session, Mr Kris Gopalakrishnan, co-founder of Infosys and founder of the Pratiksha Trust spoke about the history of the Information Technology industry in India and the need to sustain the educational pool for basic science. He made the point that timely investment in the sector by both the government and the industry, led to the growth seen in recent decades. "For science, technology and innovation to grow, investment in research is essential for India to have a sustainable future. Given that India continues to present a cost-advantage globally, where for every five dollars spent elsewhere, work of similar quality is produced in India for two dollars, we must find ways to nurture the pool of students and researchers in science.”, said Mr Gopalakrishnan.

These various perspectives on the interaction between science, society and their multiple interfaces, were brought together at a panel discussion lead and moderated by Prof Janaki Nair. She offered conceptual challenges to definitions of science and other disciplines. She asked if whether there was a field of knowledge production exclusive to science and how the methods of the life sciences differed from those in the ‘human’ sciences (that is the humanities and social science).  Given that in our current climate, disciplines that are ‘encashable’ and leading to lucrative careers in technology or medicine, are privileged, it is important to ask what happens to knowledge.  Disciplines in the humanities and social sciences face a certain precarity in such an environment, where certain forms of knowledge are privileged over others.  Science is privileged as a form of knowledge production through its ‘evidentiary protocols’; the human sciences provide a way of questioning the certainties of science, a way of necessarily prising apart the explanatory force that one discipline might acquire over the other.   Prof. Nair suggested that various critiques of science, for instance the feminist critique, allowed for an empowering and liberatory potential for what might otherwise be seen as a deterministic mode of knowledge production.  For example, we can begin to see that the linear relationship often assumed to exist between science-technology-policy, as one producing the other, one after the other, is not quite so.  Each activity in its own domain produces the other."In an era of the domination of human life that is determining the future of the planet, diverse forms of knowing, whether through art, economics, social theory, science, philosophy and technological and other possibilities, all need a closer conversation.", said Prof Nair.

The panel consisted of all the speakers from the afternoon and Sir Timothy O’Shea, Principal and Vice Chancellor of the University of Edinburgh.  The speakers answered questions about their talks.  There was a focused discussion on the importance of cross-disciplinary dialogue, that was stimulated by the range of approaches and perspectives that were presented by the speakers.  Sir Timothy O’Shea emphasized that silos in academia could be reduced by having broad areas of study, which would encourage a culture of interdisciplinarity.  He also spoke of the importance of undergraduate education that exposes students to conceptual tools from multiple academic disciplines. The key message that came out of the whole session was that education, in all its forms and across fields of study, needs a more integrated approach, and an intermingling of disciplines to make possible a fuller and inclusive understanding of the world we live in. 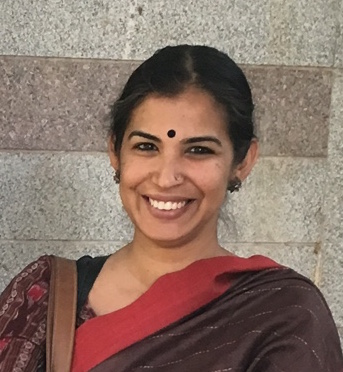