Home » Bigger picture » One Year of the COVID Testing Centre: A Bittersweet Experience

One Year of the COVID Testing Centre: A Bittersweet Experience

The COVID-19 pandemic has had a devastating impact on global public health with crippling socioeconomic consequences. The goal of containing the spread of SARS-CoV-2 – the virus causing COVID-19 still relies on a comprehensive strategy of rapid testing of the virus in the population, effective treatments, and the development of therapeutics to prevent the spread of the infection.

As the numbers started to increase in the Indian subcontinent by early March 2020, the scientific community across the country joined hands with government bodies at district, state, and national levels to bring their expertise and capability to manage different aspects. Within a short span of time, DBT-inStem and NCBS-TIFR set up the Bangalore Life Science Cluster (BLiSC) COVID testing centre in the inStem building, with the first samples reported on April 13, 2020. This was possible because of the scientific fraternity on the campus and support from many others including our parent departments and the Govt. of Karnataka. The effort was further supported by philanthropic support.

The testing effort, which began as a voluntary effort involving staff and students, continues operations with a dedicated team of 12 staff; with the support and supervision of faculties at inStem and NCBS. “Continuation of the established testing and surveillance of SARS-CoV-2 is essential to effectively detect and contain emerges of virus infections and surveillance support for the public health system of the country”, says Santhosha Devadiga, Program Manager at the testing centre.  The on-campus testing laboratory not only meets the highest standards for safety and ethical management of information, but the overall well-being and regular testing  of staff at the centre.  The campus has just completed testing of more than 1,00,000 samples and continues to test more than 600-800 samples every day.

With COVID-19 cases rising exponentially in last two months and emergence of the new strains of the SARS-CoV-2 virus, the BLiSC testing centre remains prepared to do the best to mitigate the situation by rigorous testing.

As we complete one year of the testing centre, Prof. Colin Jamora of inStem says, “Reaching the one year ‘birthday’ of the testing centre is bittersweet. On one hand we can be proud of how the campus community came together to establish a diagnostic facility from scratch and contributed to the fight against COVID-19 by performing ~130,000 tests over the past year.  On the other hand, it is sad that this important work must continue as we are in the midst of a second wave where widespread testing is as important one year later as it was at the start of this endeavour.”

In Prof. Uma Ramakrishnan's words, “This moment in history has challenged us as scientists. I hope we can continue to fight this pandemic with scientific knowledge, service and information.” Uma is a faculty at NCBS. Adding to this, Dr. Dasaradhi Palakodeti of inStem says, “The campus response to the pandemic last year has been phenomenal. We were not only involved in setting up the testing facility but also actively involved in validating kits and various other COVID related research activities such as viral genome sequencing to identifying the emergence of the variants. The last one year has been a great learning experience that made us better prepared for the second wave of infection, which we are currently experiencing.”

"As someone who has recently joined the team, it's incredible to see a research institute establish a full-fledged, high-quality diagnostic facility at a time when the country most needed it. When we celebrate the facility's first birthday, we're not far from where we started in terms of the number of cases, but far ahead in testing capacity and efficiency", quotes Dr. Harsha PK, who has recently joined to manage the COVID-19 Biorepository and testing centre.

The campus applauds the hardworking and committed testing team and all allied support staff, who sustain this effort.

The on-campus testing effort has also formed the base for several allied programs focusing on long-term preparedness and research in the area of disease, as well ensuring the maintenance of resources developed in response to the pandemic. Apart from aggressive testing for screening positive cases in Karnataka, we are a recognised centre for SARS-CoV-2 genome sequencing, which was initially possible because of the availability of samples in the testing laboratory and now as part of a larger nationwide effort.  inStem and NCBS host an approved COVID-19 biorepository, which is building a collection of samples that are ethically obtained, well-documented and tested. These samples will be extended to researchers undertaking projects to increase understanding of the virus, the variability in the severity of symptoms caused by this infection in different individuals, and potential new routes of therapeutic intervention.   The campus testing laboratory is also a recognised centre for the evaluation and validation of SARS-CoV-2 RT-PCR based diagnostic kits.

With the exponential rise in cases of COVID-19, it is important to continue precautionary measures i.e. wear a mask, maintain social distancing, avoid crowded places and gatherings, and wash hands regularly with soap – to limit the spread of infection. 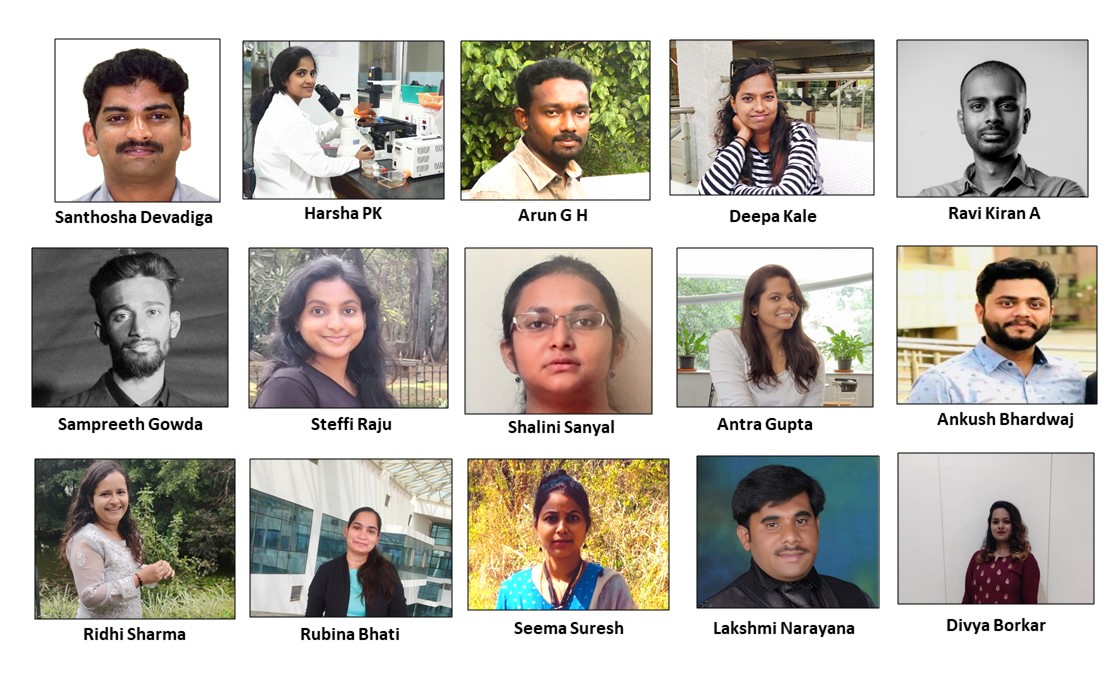 Butterflies and moths look at the world differently: Blame it on evolution