Home » Research » Scent of a Species

Scent of a Species

Insects play crucial roles in the ecosystem, and have both known and unknown import in our lives on this planet. They are astonishingly diverse, there are upwards of 3 million species of insects, and we don’t know how many haven’t been identified yet! Insects have been around for a long time, nearly half a billion years, and through time, they have evolved into these incredibly diverse species. Research on one species, the apple fly, suggests this evolution might not take as long as we would expect. The apple fly didn’t exist 300 years ago, so how did it come to be?

Apple flies have fascinated scientists right from the mid-19th century, as they are a captivating example of speciation, the beginning of a new species. Correspondence between Charles Darwin and Benjamin Walsh, who observed the apple flies and hawthorn flies in North America, began the rich history of this scientific question in evolutionary biology. When settlers in North America introduced apple trees to the region, what happened within the hawthorn flies to make them shift to this new host plant?

Continuing the 160-year-old inquiry into the origins of the apple fly, a team of scientists from around the world have just published their research in the Proceedings of the Royal Society B. The researchers span three continents, from the National Centre for Biological Sciences, the University of Trans-Disciplinary Health Sciences and Technology, University of Notre Dame, Free University Berlin, and Max Planck Institute for Chemical Ecology. They have been probing the neurological processes which underlie important behavioural changes in the apple fly: preference toward a new host plant and mate choice. These behavioural changes contributed to a rapid shift from hawthorn flies into a derived race of apple-infesting flies. 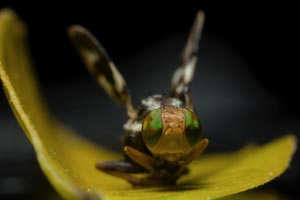 Hawthorn flies and apple flies are specialist insects, they feed only on particular fruit, either the hawthorn berries or ripe apples. They also mate on or near the fruit, and lay their eggs within it. What is interesting about the apple and hawthorn flies is that each generation emerges with a specific preference for the odor of ripe fruit that they use to locate their host, and a strong aversion to the odor of the other fruit. What makes these two races of flies distinct?

Using recordings of electrical activity and imaging the brains of the flies, the team identified that both apple and hawthorn flies use the same brain regions to process odors, but switch the locations of processing. In other words, where apple flies process the main apple odor (butyl hexanoate) is the same location in the brain where hawthorn flies process the major hawthorn odor (3-methyl-1-butanol), and vice versa. Thus, the locations for preference and aversion to fruit odors stay the same, while the odors that are processed there are inverted.

The scientists were able to locate the specific point where this difference emerges. It is at the very first synapse in the olfactory system, called the antennal lobe. “The most surprising part to me was actually seeing olfactory processing be so clearly different between the apple and hawthorn infesting host races. We knew these flies have divergent odor preference behaviors, and patterns of genetic differentiation. Now, from this work we know their sensory neurophysiology differs as well,’ says Cheyenne Tait, the first author of the study. 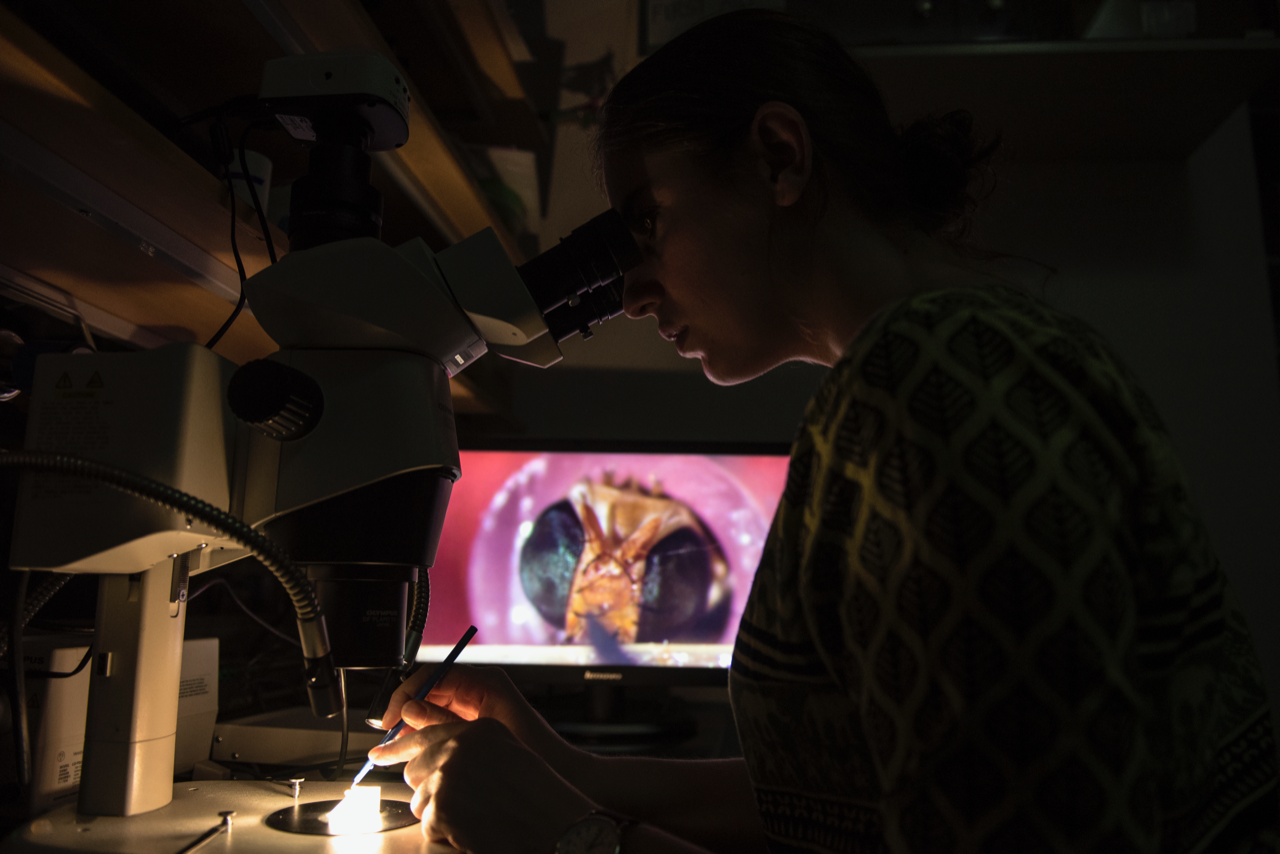 It is possible that a simple shift in the processing of important sensory information might be a major contributor to the diverse species we see. “We are seeing the stuff of speciation. The origins of new species is one of the great questions that has piqued the intellectual curiosity of humankind. We can see the origin of new diversity in our own backyards. Here, the evolution of reproductive isolation between apple and hawthorn flies stems from changes in the wiring of their brains, and the effects of this on their behaviour. Resolving the question of speciation is of great scientific importance and the ongoing evolution of apple and hawthorn host races of Rhagoletis is connected to life itself, or the origin of new life forms,” says Jeffrey L. Feder, an expert in evolutionary biology and one of the scientists involved in the study.

Through the change in the neurological processing of the fruit odor, a change at a species scale can be triggered. Shannon Olsson explains her fascination with the flies, “What is most remarkable to me is the simplicity of the switch - these flies simply changed their minds along with their species. Such a subtle shift in the processing of important sensory information in the brain could be contributing to the change in behavior that helps drive their evolution into new species.”

This is not simply a question of the past, or the evolutionary history of one species, “This discovery has important implications for how animals such as insects can quickly adapt and change their behavior to new environments, such as invasive species, or respond to human-influenced changes in climate or land use,” adds Shannon. Many subfields of biology came together for this study to understand more about these two flies, and there is more to discover as scientists tackle evolution from new perspectives and with exciting advances in the technology that can be used to study these questions.

To hear a detailed version of the story of the apple fly and the scientists who have studied it, watch Shannon’s lecture, Endless forms most beautiful for Kaapi with Kuriosity.