What makes the black tigers of Similipal black?

A team of scientists have discovered the genetic cause of the odd coat colouration and patterning in Similipal’s black tigers. Headed by Uma Ramakrishnan and her student Vinay Sagar from the National Centre for Biological Sciences (NCBS), Bangalore, the team have found that a single mutation in the gene Transmembrane Aminopeptidase Q (Taqpep) causes the black tigers to develop stripes that seem to have broadened or spread into the tawny background. Genetic analyses of other tiger populations from India and computer simulations suggest that the Similipal black tigers may have arisen from a very small founding population of tigers and are inbred. Similipal tigers are an isolated population in eastern India, and gene flow between them and other tiger populations is very restricted. This has important implications for tiger conservation as such isolated and inbred populations are prone to extinction over even short periods of time.

The black tigers of Similipal in Odisha were once thought to be myths borne of hyperactive imaginations and overstimulated brains. After all, meeting or even seeing a tiger in a dense, dark forest could play tricks on the mind, couldn’t it?

However, it turns out that the black tiger is no myth, with the most recent sightings of this rare mutant tiger in Similipal being reported in 2017 and 2018. Since the late 1700s, reports of black tiger sightings and supposed captures in Central and Northeast India have been recorded by locals and British hunters. In the late 1990s, definitive proof that black tigers actually do exist came in the form of an oddly patterned tiger pelt seized from poachers in New Delhi and the birth of oddly coloured/patterned tiger cubs in the Oklahoma City Zoo. In all these cases, several areas of the tigers’ coats were abnormally dark or black, and such tigers were termed pseudomelanistic (pseudo = false; melanistic = dark/black coloured). Then in 1993, a boy killed a black tigress in self-defence near Similipal Tiger Reserve, whose pelt had a black background with white abdominal stripes and tawny dorsal stripes.

Once the existence of the black tiger was established, another question about these fascinating beasts arose – why are pseudomelanistic tigers coloured the way they are?

To answer this question, Uma Ramakrishnan and Vinay Sagar from the National Centre for Biological Sciences (NCBS), Bangalore, teamed up with national and international tiger experts and found out that it all boiled down to genetics.

The black tigers are mutants; they are Bengal tigers with a single base mutation in the gene Transmembrane Aminopeptidase Q (Taqpep). Different mutations in this gene are known to cause similar changes in coat colour in several other species of cats including cheetahs (where it causes the blotchy and striped patterns seen in king cheetahs) and splotchy markings in feral tabby cats in California. In black tigers, a mutation in the gene seems to cause the tigers’ distinctive black stripes to broaden and spread into the orange-brown background, occasionally turning some parts of the tigers’ pelt entirely black.

This drastic change in patterning and colouring of the black tigers’ coat is caused by just one change in the DNA alphabet from C (Cytosine) to T (Thymine) in position 1360 of the Taqpep gene sequence. This causes a ‘missense mutation’ in the Taqpep protein, where one amino acid in position 454 of the protein sequence is changed from a histidine to a tyrosine residue; this change is hypothesised to affect the way Taqpep molecules bind to metal ions, because of which the mutant protein may be non-functional. Although Taqpep is known to be a metalloprotease (an enzyme that uses a metal ion to catalyse the breaking down of other proteins) bound to the cell membrane, the exact mechanism of how it affects skin colour patterns is only just being worked out.

Further genetic analyses and comparisons with other captive and wild Indian tiger populations (a total of 395 individuals) indicate that the mutation in Similipal black tigers is either very rare or non-existent. The only other black tigers outside of Similipal in India exist in Nandankanan Zoological Park at Bhubaneswar and Arignar Anna Zoological Park at Chennai, where they were born in captivity. Genetic tracing proved that these captive-born tigers shared a common ancestry with Similipal tigers. Within Similipal, the mutation is present at a high frequency of 0.58; this means that if you pick any tiger from Similipal, the chance that it carries the mutant gene is ~60%. 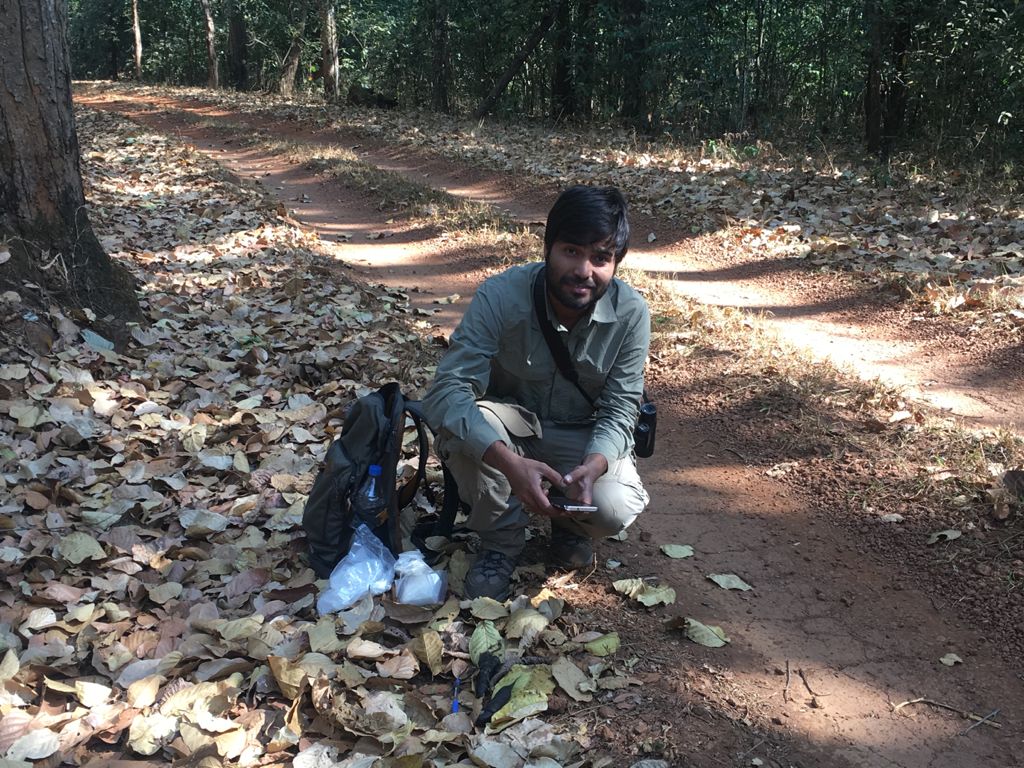 The researchers carried out further investigations to understand why this mutation occurred at such a high frequency in Similipal alone. One hypothesis is that the darker coat colour of the mutants offers them a selective advantage when hunting in the dense closed-canopy and relatively darker forested areas of Similipal as compared to the open plains of most other tiger habitats. However, the results of additional genetic analyses coupled with computer simulations indicate that a small founding population and prolonged isolation from other tiger populations in India is likely to be the main reason for the occurrence of black tigers in Similipal.

Geographically, the closest tiger population to Similipal is ~500 km away. The median dispersal distance of tigers is only 148 km and although some individuals have been known to travel as far as 650 km away from their original territories, this is a very rare occurrence. Due to this geographic isolation, genetically related individuals have been mating with each other for many generations in Similipal, leading to inbreeding. In addition, the area’s small tiger population makes it prone to ‘genetic drift’, a condition where a mutation may end up occurring in very high frequencies or being lost due to chance alone. A combination of these four interrelated factors – a small founding population, isolation, inbreeding, and genetic drift – are the likely evolutionary forces that have created Similipal’s unique population of black tigers.

“It is amazing that we could find the genetic basis for such a striking pattern phenotype in wild tigers, and even more interesting that this genetic variant is at high frequencies in Similipal. Our analyses support a founding event, and a demographically small and genetically isolated population. More generally, maintaining connectivity of tiger populations with ongoing human activities will be an important conservation challenge.”, says Uma Ramakrishnan, who has studied tiger population genetics for over a decade.

This work has been published as an article titled ‘High frequency of an otherwise rare phenotype in a small and isolated tiger population’ in the journal PNAS (Proceedings of the National Academy of Sciences of the United States of America) in September 2021. Read it here: https://www.pnas.org/content/118/39/e2025273118

Image description: A painting depicting the contrasting phenotype of a pseudomelanistic and a normal tiger. Painting by Deblina Sain Basu. This project was completed in fulfillment of certificate requirements from the Scientific Illustration Distance Program. www.gretchenhalpert-distanceprogram.com

Experimenting during the pandemic