On the Rare Disease Day, we approached Prof. Raghu Padinjat, Cell biologist, Dean Research, NCBS-TIFR, to learn about his work on using stem cells to understand Lowe Syndrome. you may read his lab' research here: https://journals.biologists.com/bio/article/11/1/bio059066/274247

Your research is around Lowe’s syndrome, which is a rare disease. Firstly, can you please help us understand which diseases can we categorise as rare diseases?

Rare diseases are defined by measuring the frequency with which they occur in the population. The World Health Organization defines a rare disease as the one that affects fewer than 1 in 1000 individuals in a population. Each country has its own definition.  For example in the USA, a rare disease is defined as one when there are less than 2,00,000 individuals affected in the population. In the European Union, the definition is one that affects less than 1 in 2000 people. Here in India, the Ministry of Health and Family Welfare has adopted the definition of 1:2500 or less frequent.

Okay. So it is about the prevalence of the disease then. Let’s come to Lowe syndrome. What happens in this disease?

Lowe syndrome is a rare inherited disease, usually diagnosed in young children. It usually affects three organs in the human body, the eye, brain and kidney.

Is it true that it is more common in males?

Since males have an XY pair, such disorders affect male children in terms of symptoms. Female children (XX) are asymptomatic carriers as they carry one wild type and one mutant copy of the affected gene.

To study the neuro-developmental (development of nervous system) defects in the brain of someone with Lowe syndrome, why did you choose stem cells?

Doctors can study many aspects of the structure and function of the brain using powerful imaging tools such as CT scans, MRI scans and other similar approaches. However these are unable to tell us the changes in the individual cells of the human brain and observe how defects arise during brain development in a specific disease. Therefore we need a method to study what and how defects develop in the cells of the human brain in a patient with a neurodevelopmental disorder. 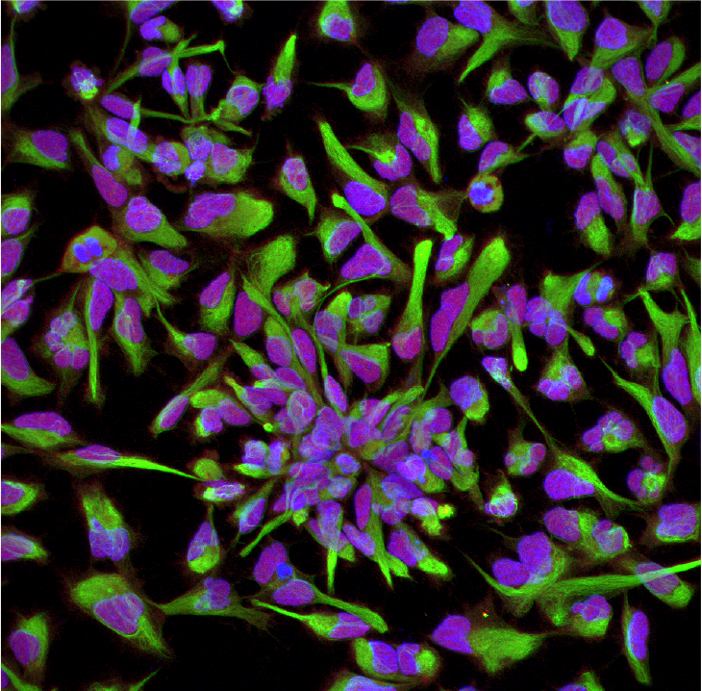 What does the process consist of?

Normally to understand a disease at the level of the affected cells, one would take a sample of the tissue and study it in the laboratory. For example we might take a blood sample, kidney sample or liver sample through a biopsy and study it in the laboratory. However it is not possible to obtain a biopsy sample of the human brain from a living patient. Therefore we use modern stem cell technology to obtain a blood sample from the patient, and in the lab convert it into stem cells. These stem cells resemble the earliest cells in a human embryo from which all of our organs, including the brain, are built during intrauterine (in the uterus/womb) development that happens during pregnancy. Then using our knowledge of how the brain develops in humans we convert the stem cells into brain cells or tissue in the laboratory.

What were your findings from using stem cells? Are we one inch closer to a better treatment or management of the disease?

We were able to create stem cells starting with a blood sample from individuals affected by Lowe syndrome. We devised some new methods to study brain development in a dish. We found that at the molecular scale the expression of many genes was altered during development of brain cells from stem cells in the dish. We thus have the first insight into the changes in the developing brain cells of a patient with Lowe syndrome. This will help towards better management of the health of children with Lowe syndrome.

That’s great! To build better healthcare tools for people with rare diseases, what do you think is the most important point of focus for scientists currently?

Generally the issues are as follows:

i.             When a family has a young child with an illness, the first step in handling the situation is to have a firm diagnosis. Many rare diseases tend to be of genetic origin. Therefore we need good quality tests that are affordable and accessible to this population.

ii.           We need to enhance the training of clinical doctors in using such tests and interpreting the results. Clinician-Research scientist partnerships are important.

iii.          Many rare diseases do not have a cure. Therefore affected patients need to be managed clinically and patients and their families need help in managing the situation which will run for many, many years.

Rare diseases may be rare, but the pain families go through is real. It’s not just the efforts from scientists and doctors that is needed, but also support and awareness in the families of people who have rare diseases. Read this heart-touching note from a father, who talks about how hope keeps him and his child fighting Lowe Syndrome! We are grateful to him for sharing this with all of us! https://news.ncbs.res.in/bigger-picture/letter-father

Unravelling the Origin of Life