Prof Mamannamana Vijayan sadly passed away on 24 April 2022. He was well known in macromolecular crystallography both within India and internationally, and has supported bioinformatics and drug design efforts within the country.

Hailing from Kerala, he acquired his Masters at Allahabad University and PhD at the Indian Institute of Science (IISc). After his postdoctoral studies in Prof Dorothy Hodgkin’s laboratory Oxford, U.K., he joined the Molecular Biophysics Unit (MBU), IISc in 1971. He served as Chairman of the Department, later as Divisional Chair, Biological Sciences and subsequently as Associate Director of IISc. He continued his research in MBU until his last days, where he was the DAE Homi Bhabha Professor.

Prof Vijayan has made outstanding contributions in structural biology in India, by launching macromolecular protein crystallography in the country. In a longstanding collaboration with Prof Surolia, his group solved the structures of many plant lectins. Importantly, he also produced generations of excellent crystallographers who have their own research groups all over India and the rest of the world. He retained and cherished lifelong friendships with protein crystallographers like Profs Tom Blundell, Guy and Eleanor Dodson from the UK, and with Prof Ted Baker from New Zealand. He also spearheaded a nationwide consortium on structure determination and drug design of Mycobacterium tuberculosis, thereby firmly supporting structural bioinformatics. These efforts have organically given rise to strong networks and a rich heritage which should continue. 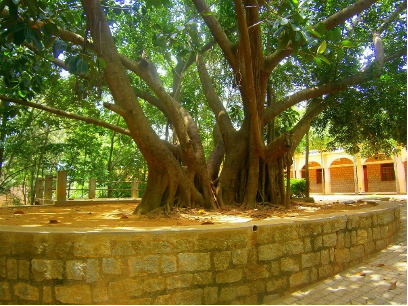 Prof M. Vijayan is a great mentor and has produced generations of

He was a recipient of several awards such as Shanti Swarup Bhatnagar Award, GN Ramachandran Medal (by INSA), IISc Alumni Award, Ranbaxy Award, Padma Shri, Distinguished Biotechnologist Award by DBT and GN Ramachandran Award for Excellence in Biological Science and Technology. He was a member of all three Science Academies in India and had founded the Asian Crystallographic Association, a member of International Union of Crystallography (IUCr). He was a fellow of the Academy of Sciences for the Developing World (TWAS), and served as President of the Indian Biophysical Society and the Indian National Science Academy.

He has mentored numerous students in his capacity as Guide and Chairperson of the Department. He is well-known for his unique sense of kindness, cheer and positivity. Apart from being a mentor, he was also an excellent human being and a gracious host. He will be sadly, terribly missed. But, he has shown a path of scientific rigour for generations of scientists.

He leaves behind his wife Kalyani and his daughter Dorothy Devayani. Our heartfelt condolences to them.